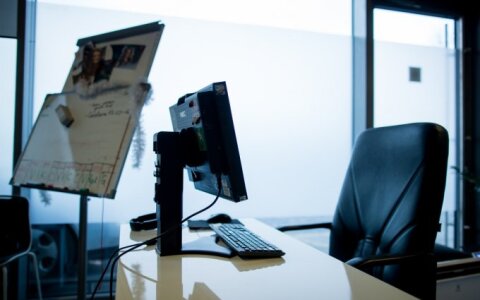 Lithuania's unemployment rate in October, at 6.4 percent, remained above the EU average, figures from the EU statistics office Eurostat showed on Friday.

Lithuania's jobless rate rose by 0.3 percentage points in year-on-year terms, but edged down by 0.2 points month-on-month.

In the EU-28, the unemployment rate declined by 0.4 points to 6.3 percent over the year and remained unchanged over the month.

Lithuania's youth unemployment rate rose by 0.7 points year-on-year to 11 percent, but remained below the EU's average rate of 14.4 percent.

There were 94,000 registered unemployed people in Lithuania in late October, including 13,000 young people aged under 25 years.

Latvia's unemployment rate stood at 6.1 percent, down by 0.9 points year-on-year and unchanged month-on-month. Estonia's latest unemployment figures are not available in the report.

Eurostat estimates that 15.6 million people in the EU were unemployed in October.