Baskiene: retailer and banking taxes could be introduced in July 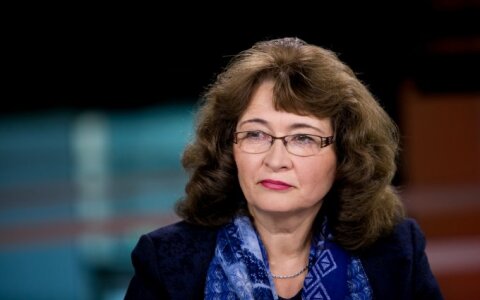 The new taxes for major retailers and banks, proposed by the ruling parties in Lithuania, could be introduced in the middle of the next year at the earliest, Rima Baskiene, a deputy speaker of the Lithuanian parliament, says.

"The date for coming into force is likely to be as of the upcoming July," she said in the parliament on Thursday, introducing the next week's schedule of parliamentary sittings.

She also told BNS the proposed car pollution tax could also come into force in July.

The Lithuanian Farmers and Greens Union, the biggest party in the Seimas, are suggesting imposing a tax on major retailers' turnovers, and a banking asset tas is being proposed by the Electoral Action of Poles in Lithuania – Christian Families Alliance, a member of the ruling coalition. The latter is proposing to tax the assets of banks, credit unions and other lenders worth over 300 million euros.

The tax would allow collecting more budget revenue to increase pensions and the child benefit.

The retail tax, its initiators say, would provide the state budget with around 32 million euros every year, and the banking asset tax would give 52.2 million euros.

Baskiene: retailer and banking taxes could be introduced in July