Lithuanian with some other countries' ministers condemn Russia's actions in Ukraine 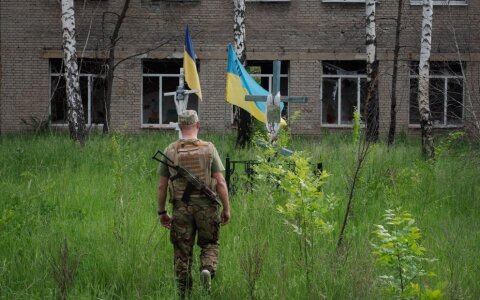 "The ministers committed to support Ukraine's efforts to become a flourishing member of European democracies, as well as in the EU's Eastern Partnership format," Lithuania's Ministry of Foreign Affairs said in a statement.

"The statement also underlines the need to resolve the military conflict in eastern Ukraine through the implementation of the Minsk Agreements, and also strongly condemns Russian aggression violating Ukraine's territorial integrity," the ministry's statement says.

Kiev once again turned to the West in 2014 following mass protests that forced pro-Russian President Viktor Yanukovych to flee after he refused to sign the EU-Ukraine Association Agreement.

Lithuanian Foreign Minister Linas Linkevicius also attended the first information consultations between the Lithuanian and Estonian Ministries of Foreign Affairs. Such consultations have been regularly held with Latvia for the past couple of years.

Lithuanian with some other countries' ministers condemn Russia's actions in Ukraine