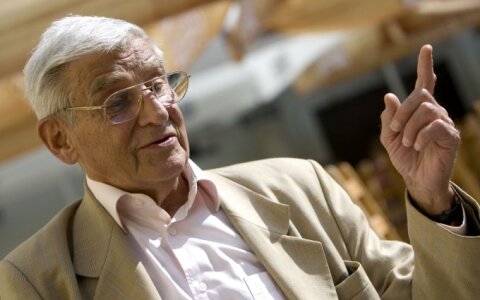 Incumbent Lithuanian Ambassador Nerijus Aleksiejunas says Backis was one of the most outstanding Lithuanians living abroad and significantly contributed to the restoration and consolidation of Lithuania's independence.

"It's sad news. We lost one of the most outstanding emigrant Lithuanians who strongly believed in Lithuania's independence and contributed to its restoration while working in Paris and uniting the Lithuanian community," the Lithuanian ambassador told BNS Lithuania.

In 1989, Backis organized a major demonstration "Baltic Way" in Paris. According to Aleksiejunas, Backis' knowledge and connections were very important after Lithuania restored independence when he led the diplomatic mission in Paris.

A book of condolences will be available at the Lithuanian Embassy from Wednesday until Friday.

Lithuanian Prime Minister Saulius Skvernelis on Tuesday expressed his condolences over Backis' death to his friends and family.