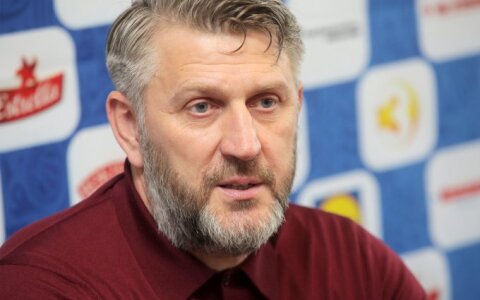 The Lithuanian Basketball Federation has appointed Darius Maskoliunas, assistant coach of Zalgiris Kaunas, to lead the country's national men's basketball team after 13 members of the federation's executive committee voted for him and one voted for Antanas Sireika, coach of BC Siauliai.

For the past five years Maskoliunas has served as assistant coach of Zalgiris' Sarunas Jasikevicius. He has experience of working with the national team as he assisted Jonas Kazlauskas when he head-coached the national team in 2013-2016.

Maskolunas is facing the first test in February when the national team will join the EuroBasket 2021 qualifiers.

However, the Olympic qualification will pose the biggest challenges as the Lithuanian team will try to become the group's leaders and qualify for the Tokyo Olympics.