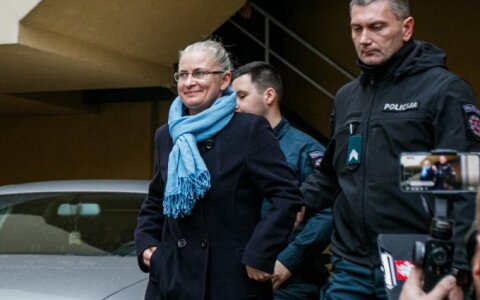 Prosecutor Darius Jakutis is asking a court in Kaunas, Lithuania's second-largest city, to sanction the arrest of Neringa Venckiene, a former judge and lawmaker who was extradited from the United States earlier on Wednesday, for two months, with the ruling due on Friday.

"I see the risk that a person who was on the run for 6 years might do that again," the prosecutor told journalists in Kaunas on Thursday.

In his words, suspicions are brought against Venckiene for hitting Laimute Stankunaite, the mother of her niece, in the face, hitting a police officer, refusing to obey a court order, and hindering a bailiff.

Indre Cvilikaite, spokeswoman for Kaunas District Court, told journalists the court is set to decide on the measure of suppression on Friday.