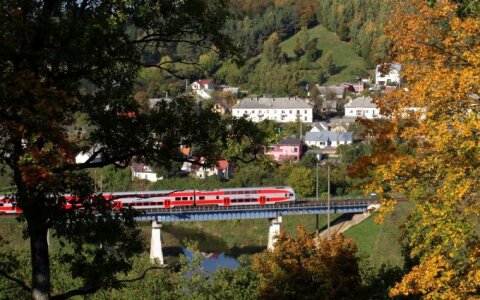 Kauno Tiltai has won a contract worth 56.5 million euros, including VAT, from Lietuvos Gelezinkeliai (Lithuanian Railways, LG) for the designing and construction of a second track on the railway section between Plunge and Sateikiai in northeastern Lithuania.

The state railway company expects to sign the contract with the winning bidder shortly, after obtaining the go-ahead from a commission vetting deals by strategic enterprises and from the Cabinet.

"A key objective of the project is to ensure throughput and higher speeds in the section of the IXB strategic corridor linking the capital of Vilnius to the seaport of Klaipeda, Lithuania's main freight and logistics center," Karolis Sankovski, the head of the Railway Infrastructure Directorate at LG, said in a press release on Thursday.

After the project is completed, maximum speeds on the stretch will be increased from 120 to 160 kilometers per hour for passenger trains and from 90 to 120 km/h for freight trains.

In October, LG signed a 61.8-million-euro contract on the construction of a second track on the Livintai-Gaiziunai section. The project will be carried out by French-owned Eurovia CS, Eurovia Lietuva, and LG's subsidiary Gelezinkeliu Tiesimo Centras (Railway Construction Center).