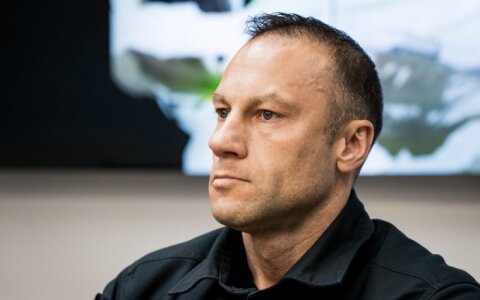 Lithuania's outgoing Police Commissioner General Linas Pernavas plans to leave for London to work as the country's special police attaché to the United Kingdom after his term of office ends later this month.

"I had some time last weekend and talked to my family, and (...) I'll most probably opt for the special attaché position in the UK," he said in a video interview aired on the Tv3.lt news website on Monday.

The Cabinet approved the new post of special police attaché to the UK in late October.

Lithuanian Prime Minister Saulius Skvernelis has said Pernavas could be given the job in the UK after his term as police commissioner general ends on November 11.

According to media reports, Pernavas did an intensive (six hours a day) English course between January and May this year.

The government has not yet said who will succeed Pernavas as police commissioner general, but Renatas Pozela, the head of the State Border Guard Service, has been named by government officials as a potential candidate.