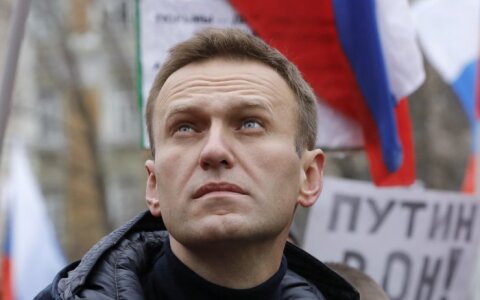 Russian opposition politician Alexey Navalny was spotted in Vilnius on Wednesday, the Lrytas.lt online news site reported, publishing a photo of the man in a restaurant in the Lithuanian capital.

The 43-year-old opposition leader and his associates last summer organized protests in Moscow that brought thousands of people into the streets to demand fair elections.

This month, FBK was declared a "foreign agent" and the opposition leader's offices have been raided repeatedly.