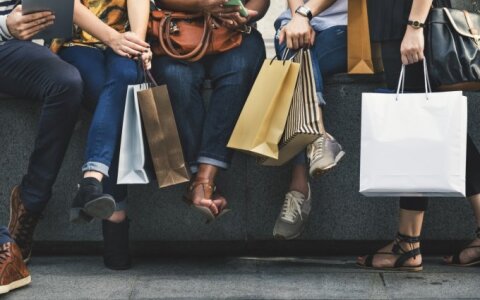 But, they add, growth is losing its momentum and one could hardly expect such growth in the last quarter of this year or next year.

"The GDP growth pace is only slightly slower than in the first half. The GDP figures were not surprising as, in the eurozone context, Lithuania still remains a dynamic economy whose growth is strongly affected by internal demand," Indre Genyte-Pikciene, a senior expert from the Lithuanian Free Market Institute, says.

In her words, contrary to mature eurozone states, consumers in Lithuania still have high expectations, with optimism supported by low inflation and still fast-rising wages.

Aleksandr Izgorodin, an economist from SME Finance, believes, however, that Lithuania's economy provided some surprises in the third quarter, both good and bad.

„I was positively surprised by the results of exporting sectors, including industry and transport, as well as the construction and real estate sectors that preserved fast growth pace. But the retail sector provided a negative surprise as it shows a fairly significant slowdown," the analyst told BNS Lithuania.

He pointed to the country's industrial sector, generating 75 percent of the total export volumes after it recorded a solid 5.5 percent growth. Moreover, out of all EU member states, Lithuania was the leader in terms of the export outlook dynamics as all EU producers cut their estimates but Lithuania's cut was the lowest.

Nevertheless, the LFMI expert says that as the economies of export markets important for Lithuania are slowing, with even signs of recession in some of them, Lithuania's export is slowing too.

"The growth in exports of Lithuanian-origin goods slowed last summer, with exports of goods produced in Lithuania, except for mineral products, rose only 0.4 percent more than a year ago," Genyte-Pikciene said.

Darius Imbrasas, a senior economist from the Bank of Lithuania, says that due to the existing economic tendencies, one should be more cautious about next year's growth.

The Bank of Lithuania estimates 3.7 percent GDP growth this year, and growth should slow to 2.5 percent next year.