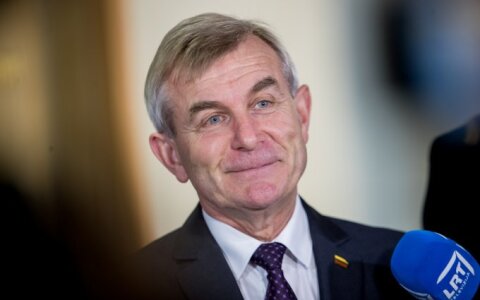 Speaker of the Lithuanian Seimas Viktoras Pranckietis has survived a second no-confidence vote as members of the ruling block failed to garner the necessary number of votes on Tuesday.

At the ruling majority initiative, a second vote was held on Tuesday and 63 MPs voted in favor, five were against and 11 ballots were damaged. At least 71 votes in favor were necessary to remove Pranckietis.

Only members of the ruling Lithuanian Farmers and Greens Union, the Social Labor Democratic Party of Lithuania, the Electoral Action of Poles in Lithuania – Christian Families Alliance, the political group "For Lithuania’s Welfare" and several members of the non-attached group.

The Lithuanian parliament held the first vote on Pranckietis last week and it also failed after only 11 lawmakers turned out. Members of the ruling block which initiated the no-confidence procedure boycotted the vote as they wanted to hold it another day when they hoped to get the necessary number of votes in favor.

Later on, with the votes of the ruling majority, no-confidence was declared in the group of lawmakers who counted the votes and on this basis a second vote was held.

Pranckietis says that irrespective of the voting result, he plans to turn to the Constitution Court for it to rule if the procedure was lawful. The Statute of the Seimas states that lawmakers cannot demand the dismissal of the same official during the same session.

The ruling Lithuanian Farmers and Greens Union have been demanding Pranckietis' resignation for several months now as his position should be given to the Social Democratic Labor Party of Lithuania, the LFGU's coalition partner.

Pranckietis has refused to step down and says only LFGU leader Ramunas Karbauskis is demanding his resignation in revenge for his disobedience.