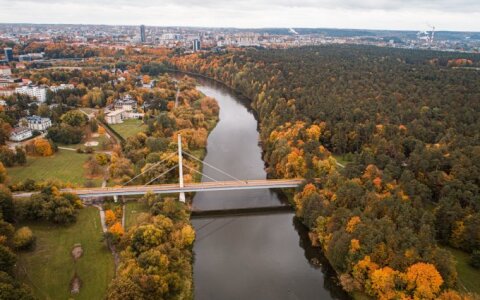 Record temperatures were reported on Sunday in many areas in Lithuania. Residents of Kybartai, Varena and Taurage areas were the luckiest ones to enjoy temperatures exceeding 20 degrees centigrade, Lithuania's Hydrometeorological Service said.

Warm weather should remain for the next couple of days.

Cloudy weather with sunny spells is expected on Monday, with a bit of rain forecast for the country's northern areas. The mercury will rise to 12-17 degrees, with the heights of 19 degrees expected in the south.

Brief rainfall is possible in some areas on Tuesday, with drivers warned about overnight and early morning fog. Temperatures will range from 7-12 degrees in the night to 14-19 during the day, with up to 20 degrees in the southeast of the country.