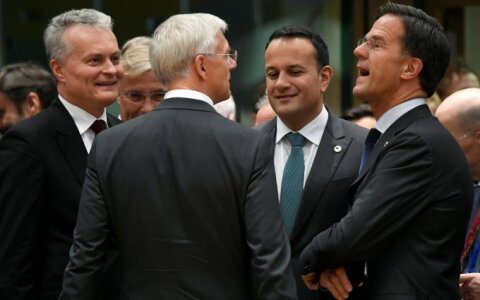 EU member states differ too much in their positions on the bloc's next multi-annual budget to reach an agreement by the end of the year, Lithuanian President Gitanas Nauseda said on Friday.

"I will not hide the fact that differences in positions are substantial," Nauseda told reporters in Brussels after EU leaders ended the first round of talks on the 2021-2027 budget.

"I more than doubt this could be possible," he said when asked if a deal might be clinched by the end of the year.

Despite a decrease in the bloc's budget due to Brexit, Lithuania wants direct payments to its farmers to catch up with the EU average faster than the European Commission currently proposes.

Under Brussels' proposed plan, payments to Lithuanian farmers would not reach 78 percent of the he EU average until 2027, according to Nauseda.

"I joked that if we extrapolate from the growth rate, we will achieve full convergence in 2040, when all of us, ladies and gentlemen, will be quite old," the president said.

Lithuania also seeks to prevent a radical cut in cohesion funding for poorer regions, and to secure more funding for the decommissioning of its Ignalina nuclear power plant.