Following the path of Lithuania: getting rid of litter in nature 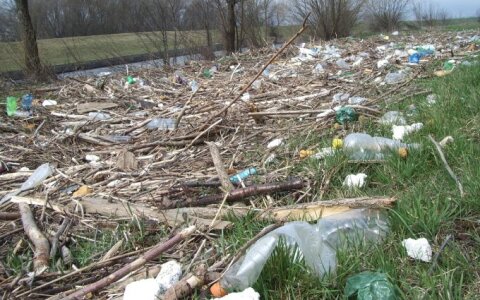 More than three years already have passed since Lithuania implemented the packaging deposit system in the country. Both citizens and environmentalists notice that after the introduction of the system there is much less litter in public spaces such as forests, lakesides, parks or along roads and highways. Nevertheless, Lithuanians can still remember what damage of empty bottles can be done to nature by visiting other European countries that have not introduced the deposit system yet.

This summer Lithuanian Tomas decided to spend short holidays at the Latvian seaside, Pape beach. The sound of the Baltic sea and the calmness of nature were not the only things that he brought back from the short escape to nature.

"Pape has a very nice and wild nature. There are fewer signs of human activity compared to the most popular Lithuanian beaches in there. Not so many tourists, silence. Nevertheless, I have noticed that there are plenty of empty bottles left everywhere. Even at the beach, you can find many plastic or glass bottles, cans. I even did not want to go to some places", he remembers.

Related articles
Foreign countries surprised by Lithuanian success in this field
Huge change in Lithuanian forests: environmentalists waited for it for ages

Tomas said that he also tried to talk with locals about the issue.

"This is how I have figured out that there is no deposit system implemented in Latvia. In Lithuania, we already got used to bringing back empty bottles to reverse vending machines. I believe that the deposit system is the reason why we do not have so many bottles in nature or other public spaces", he thinks.

He also did not see any Lithuanian bottles in the Latvian seaside. He suspects that all Lithuanians that come to Pape take back all bottles after spending time at Latvian beeches. 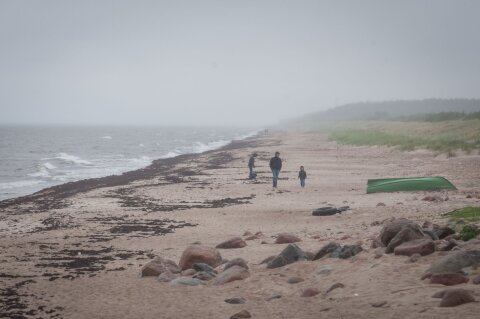 "I also talked with local businessmen at the seaside. As I understood, they were also not happy with the situation and mentioned that littering is a big problem in the whole country. Even if officers of environment agencies can fine you for littering the fine system does not work. Local businessmen complained that all rubbish at the seaside harmed the attractiveness of the seaside and the flows of tourists were decreasing. They strongly support the packaging deposit system", Tomas adds.

Latvia is the only Baltic country that has not yet introduced the deposit system for its citizens. However, the discussions about the issue were raised many years ago. Finally, just lately, Latvia decided to change the situation.

Rudite Vesere, the media relations coordinator from the Ministry of Environmental Protection and Regional Development of Latvia, explains that discussions about the deposit system in the country started last summer after the public initiative. During this initiative, 10,000 signs of citizens were collected to support the idea of the deposit system.

If everything will go according to the plan Latvia will introduce the deposit system at the beginning of 2020.

According to R. Vesere, the goal of the deposit system is not only to reduce littering but also to raise the number of recycled packaging in the country. Moreover, the representative of the Ministry believes that by introducing the deposit system the problem of littering in public placed will be highly reduced.

"Functioning deposit system would certainly contribute to reducing the problem of littering. It will supplement the system of separate waste collection that already exists. The share of separately collected waste is steadily increasing, though, not fast enough", R. Vesere points out. 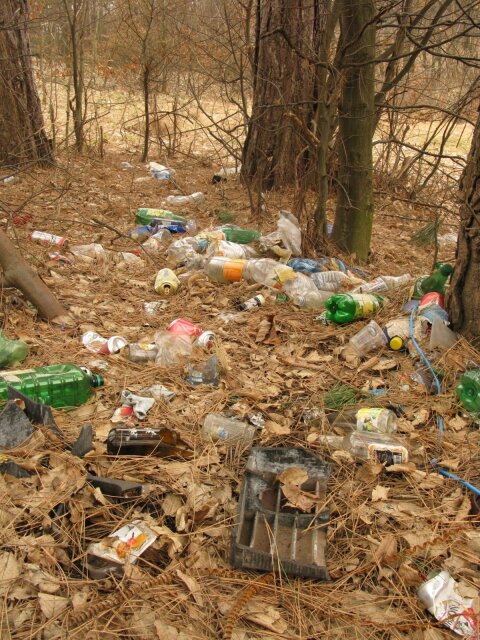 Not only turquoise sea

Malta is one of the most popular countries in Europe for travelers and holidaymakers. People come to this sunny South European country to relax and enjoy warm seawater. Nevertheless, Lithuanian Lina who currently lives in Malta notices that there are plenty of empty bottles both on the streets and in the sea.

"Indeed, there are many empty bottles in public places. I can see not only bottles but all kind of trash. Both on land and in the sea", she says.

Lithuanian woman admits that she and her husband recycle all waste accumulated at home. Moreover, there are many containers for plastic around. 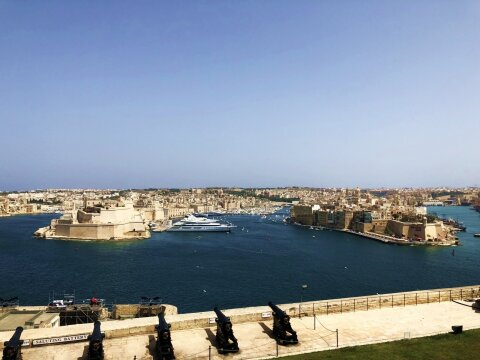 "Despite that, there are still many trash in public places. Maybe it is the mentality of local people. Maybe they do not care what is going to happen after they die", guesses Lina.

However, Malta is also planning to introduce the deposit system in the following years. As "Malta Today" writes, till the end of 2020 there should be 450 reverse vending machines installed in the country.

Slovakia is also still on the list of countries that do not have the deposit system. Milos Veverka, the representative of non-governmental organization CEPTA, believes that the country has not implemented this system because of the resistance of beverage producers, retailers and lack of politic will. 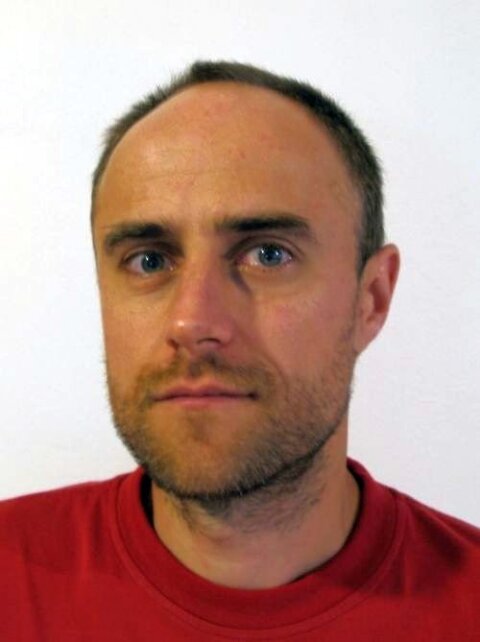 From 2006 till 2018 M. Veverka did not see any political will to introduce the deposit system. The situation changed after the approval of new directives by the European Union that require countries to raise the level of recycled and collected waste.

"I think, this was the main engine for the establishment of the deposit system in Slovakia. That is how the Minister of Environment got a strong argument. Furthermore, in all these years the awareness in society has also changed. The latest years we have strong debates about plastic in the environment, plastic in oceans and micro-plastic", adds he.

After huge public attention to the issue politicians also changed their thinking and started supporting the idea.

"Even big retail chains gave support for the deposit system one week before the final approval in the Parliament. Meanwhile, the beverage industry and rest of retailers were still strongly against it", remembers M. Veverka. 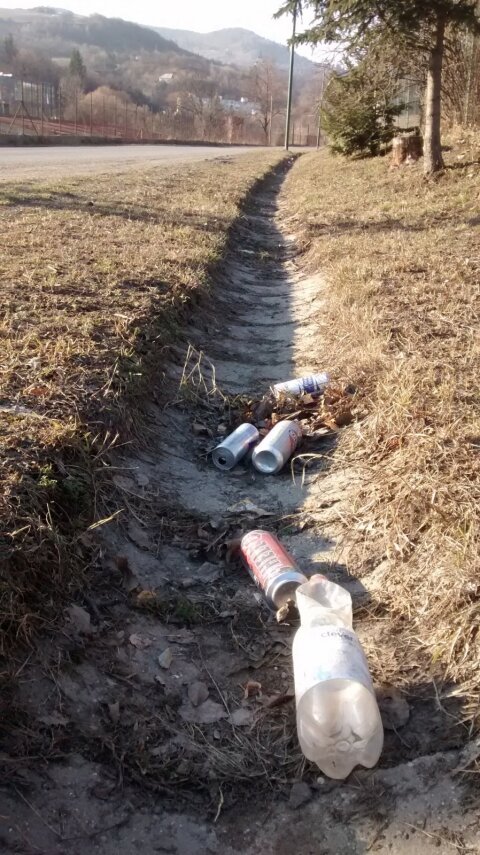 According to him, littering is a huge problem in Slovakia and this is the reason why CEPTA was fighting hard for the deposit system.

"The most polluted areas by the litter of PET bottles and cans are streets, riverbanks, dams and lakes, edges of roads, public fireplaces, touristic paths", he names.

M. Veverka ensured that the deposit system will change the situation in Slovakia and believes that financial initiative is the most effective way to change people's behavior.

In the beginning, the deposit system in Slovakia will start with PET bottles and cans.

According to the survey conducted in January 2019, 96 percent of respondents in Slovakia do not mind paying a deposit when buying a beverage in a bottle. 77 percent claimed that they will keep sorting their waste even after the introduction of the deposit system.

Following the path of Lithuania: getting rid of litter in nature