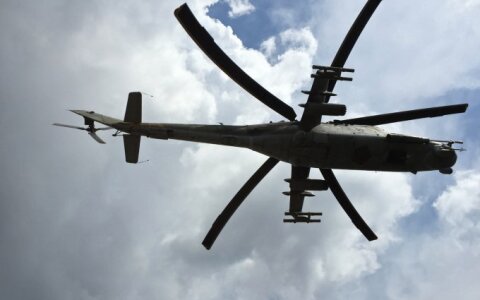 The Maritime Rescue Coordination Center received a call at around 2 a.m. that a crew member of the Moskovsky Prospect tanker needed medical assistance. A rescue operation was launched and a Dauphin helicopter of Lithuania's Air Force was dispatched.

The injured Russian citizen, 32, was taken to a hospital in Lithuania's port of Klaipeda. Based on initial information, the man's life is not in danger. He sustained a hand injury.