Nauseda: everybody thinks about plan B despite Brexit deal 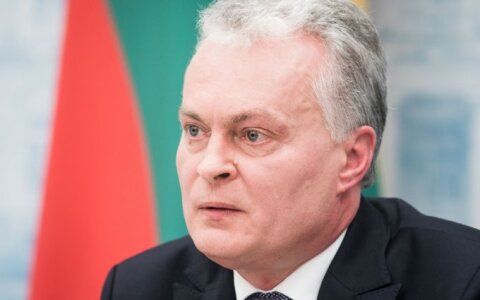 Alternative scenarios were discussed by the European Council on Thursday night, he said.

"We spent the majority of time discussing scenarios A, B, C and D," he told journalists early Friday morning.

EU leaders backed the new deal stipulating the conditions of Britain's withdrawal from the European Union on Oct 31. Discussions during the negotiations mainly focused on what rules should apply to Northern Ireland after the UK leaves. Under the deal, Northern Ireland would trade under the EU rules but would remain in the UK's customs territory.

British Prime Minister Boris Johnson would put the deal before the UK parliament on Saturday and it remains to be seen if it gets substantial support there.

"No matter how confident Mr. Johnson, a rather charming personality, is, nevertheless, everybody thinks about alternative scenarios," Nauseda said. "I said we are probably trying to predict something that is unpredictable, and we have all possibilities to respond to Great Britain's decisions, and our job today is to just endorse the Brexit deal and expressed our delight that it's a great day for both the EU and Great Britain, but that's not the final result."

If the British parliament rejects the agreement, EU leader will have to hold another emergency meeting later this month and discuss further actions.

Nauseda: everybody thinks about plan B despite Brexit deal