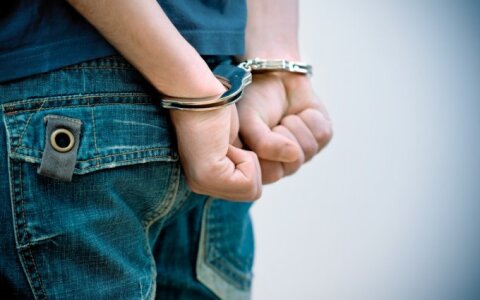 The spokeswoman for Russia's Ministry of Foreign Affairs on Thursday said she had no information on a possible exchange of spies with Lithuania and Norway.

"I have no information on this issue. It all reminds some sort of insinuations," Maria Zakharova told journalists in Moscow. "Today, I have no specific information I would share with you."

Well-informed sources earlier confirmed it to BNS that the Lithuania and Russia had agreed to exchange persons sentenced for spying.

According to the BNS sources, Lithuania is to transfer Nikolai Filipchenko, a Russian Federal Security Service agent convicted two years ago, in exchange for Yevgeny Mataitis and Aristidas Tamosaitis, two Lithuanian citizens convicted in Russia in 2016.

Filipchenko was detained by Lithuanian officials while travelling from the Russian exclave of Kaliningrad to Belarus in 2015.

In July 2017, Vilnius Regional Court convicted Filipchenko, identified as an officer of the Russian Federal Security Service (FSB), of espionage. According to the court, the Russian man used forged documents to conceal his identity.

According to Lithuania's intelligence officials, it was the first time that a sworn officer of the Russian security service had been detained in Lithuania on spying charges.

Lithuanian law-enforcement officials then said that Filipchenko had sought to recruit officers from Lithuania's VIP Protection Department to bug the office and home of the then President Dalia Grybauskaite. There were no comments on that information following the court's judgment.

Tamosaitis was sentenced to 12 years in prison by a Moscow court in March 2016. In April of the same year, a Kaliningrad court handed a 13-year prison sentence to Mataitis, a dual Lithuanian-Russian citizen.