Government considers 2020 budget with revenue and expenditure going up 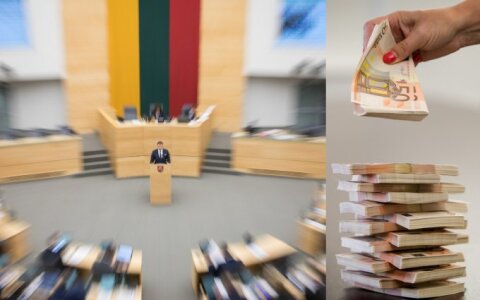 The revenue and expenditure of Lithuania's 2020 state budget, including EU and other international support, should grow, and the planned budget deficit will be slightly lower than planned this year.

The 2020 budget bill was drafted taking into account the Finance Ministry's proposals on increasing alcohol, tobacco and fuel excises next year and also expand real estate taxation. Those measures, as well as changes to several existing tax credits, should bring around 90 million euros in revenue.

The state budget's other revenue should inch down 2.5 percent to 517.285 million euros.

The budget bill should be put before the Seimas no later than by Oct 17, and the document is usually returned to the government for further improvements after its initial consideration in the parliament. The budget is finally endorsed in December.

Government considers 2020 budget with revenue and expenditure going up