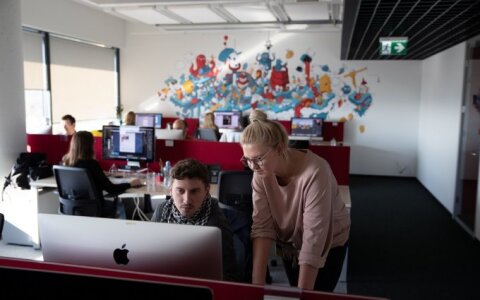 "The future is about the industrial revolution and jobs than needs higher qualifications. So, with no doubt, higher-qualification migration should be a priority. Taking into account our job market situation, I believe it would be irresponsible to deny migration processes and their impact," Vasiliauskas told a press conference on Tuesday.

In his words, third-country migration has contributed significantly to the positive immigration balance this year.

"I don't think we need to avoid immigration from third countries. The question here is the qualifications of those coming in," he said.

Vasiliauskas also said migration tendencies have been fairly gloomy over the past almost 30 years but they are bright this year.

Related articles
Lithuanian central bank: economic growth will slow down next year
Lithuania will need at least 300,000 immigrants by 2050

"In the period since independence to date, we have lost around a quarter of the workforce. The scenarios are not sunny but this year's figures are a cause for optimism, and that means we have a possibility to break that tendency," the board chairman of the Bank of Lithuania said.

Positive migration tendencies have been observed for this whole year, except for January, statistics show. All in all, over 33,000 people have arrived in Lithuania this year, and almost 26,500 people left, Lithuania's statistics service, Statistics Lithuania, reported.