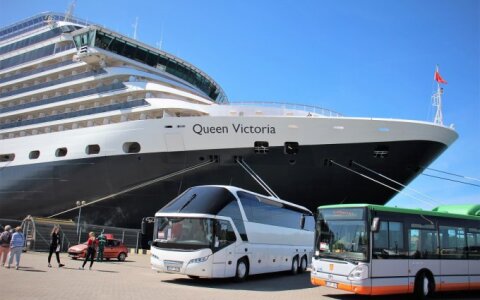 The Lithuanian seaport of Klaipeda is closing its 2019 cruise season on Thursday.

Some 60 percent of the tourists came from the United States and one-fifth from Germany. There were also large numbers of tourists from Italy, Spain and France.

The port says the 2020 cruise seasons promises to be the best on record.

"Although the registration has not yet been completed, based on non-final figures, 76 cruise ships will call at Klaipeda. We expect around 80,000 tourists," Ringis said.

The port's best cruise season so far was in 2007 when it received 65 ships.

According to the port, around 400 cruise ships are estimated to be travelling the world in 2019. The total number of cruise passengers is expected to reach about 30 million this year, including some 5 million in the Baltic Sea region.