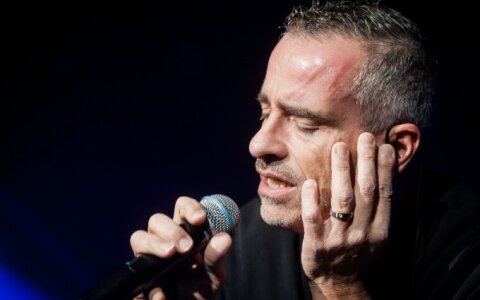 After a very successful and intense cultural warmup in September, the second month of Autumn promises little to zero chance to get bored in Kaunas, writes visit.kaunas.lt.

After a very successful and intense cultural warmup in September, the second month of Autumn promises little to zero chance to get bored in Kaunas. Here’s what the event calendar has to offer in October.

The International dance festival AURA29 will take over the first weekend of October, bringing dance companies from the Czech Republic, Estonia, Israel, Germany etc., as well as a premiere by Aura dance theatre.

A packed arena, green and white hearts, sincere shouts and hopes dedicated to the most popular basketball team in Lithuania, BC Žalgiris Kaunas. The new EuroLeague season is set to reach new record highs, and Kaunas’ players will undoubtedly contribute to that.

A weekend getaway in Kaunas is a good excuse to do some shopping. Also, the month of October is filled with pop-up fashion events perfect for feeding your inner fashion animal with the latest trends.

Three of the events will be held in Žalgirio arena. That’s Mados pasažas on October 11-13, Vintage Bazaar on October 20 and Fashion Bazaar Mada on October 26. If you can’t wait, visit the Designer Space pop-up event in Kauno Akropolis on October 5-6.

From post-punk diamond from Belarusian lands “Molchat Doma” (October 5 in Lemmy club) to the Italian superstar Eros Ramazzotti (October 18 in Žalgirio arena), musicians from all over the world, as well as the most prominent local talent can frequently be seen and heard in Kaunas. Don’t miss the Anniversary Kaunas state choir concert on October 25 in the Kaunas state philharmonic, as well as a grand gala concert by world’s best soprano Asmik Grigorian and Lithuanian State Symphony Orchestra on October 31 in Žalgirio arena.

The Kaunas International Film Festival is wrapping up on October 6, but there’s nothing to be sad about for cinephiles. On October 11, the Inconvenient Films human rights documentary film festival is coming to Kaunas and will continue for ten exciting days. It is currently the biggest documentary film festival in the country and the only film festival of this kind in the Baltic States region. The festival invites filmmakers, experts, activists and festival audience to appreciate and discuss the role of documentaries in reflecting and shaping our understanding of reality. The mission of this festival is to use award-winning author-driven films in raising awareness about human rights issues around the world, encouraging public debate on ways to address them.

The triennial Kaunas Architecture Festival (KAFe2019) was launched on top of the abandoned Britanika hotel earlier this Autumn. This year, the festival explores the concept of a landmark. October is the unofficial exhibition month of the festival programme.

Initiated by Kaunas 2022 and organised by multiple cultural institutions and organisations, the first CityTelling Festival will spread all over Kaunas and Kaunas district between October 17 and October 24. Here’s why.

Kaunas and Kaunas District are full of stories. They are dramatic, weird or comic. Sometimes they are sad and controversial. Stories fill the streets of the city and the little towns around, the empty windows, squares, and houses. Stories make our environment alive, authentic, and unique, and we dream about them wherever we are. Stories not only help us to discover the place in which we live, but they also help us to understand ourselves better, listen and empathise with others.

CityTelling Festival invites everyone to embark on a journey which will bring happiness through discoveries and new experiences. Maybe you will find something you have not expected entirely, an answer to a question that you did not even know you had.

On this eight-day journey, you will be guided by experienced storytellers of Kaunas and Kaunas District: museum guides, theatre professionals, and artists. They will invite you to almost 50 different events for families, people with disabilities, foreigners, youth, and seniors. The stories of the festival will guide you through the long life of the city from the ancient times to the interwar period, from WW2 to these days. Each day of the festival will offer you a promise for a new adventure.

October is a fantastic time to enjoy the full scope of Kaunas museums and galleries. You can still catch the numerous exhibitions of Kaunas Photo. With the theme “Digital-Virtual-Real”, it aims to reflect upon our contemporary digitised society from different perspectives.

Also, don’t miss the chance to visit the renewed George Maciunas Fluxus cabinet in the Kaunas Picture Gallery, as well as its various permanent and temporary exhibitions. The institution will be renamed to George Maciunas Gallery in November; it recently became pet-friendly.

Photography lovers should check out the agenda of Kaunas Gallery, and the contemporary art scene fluctuates around the Meno Parkas and POST galleries. More museum and gallery recommendations can be found in the Culture Shock map of the It’s Kaunastic series.