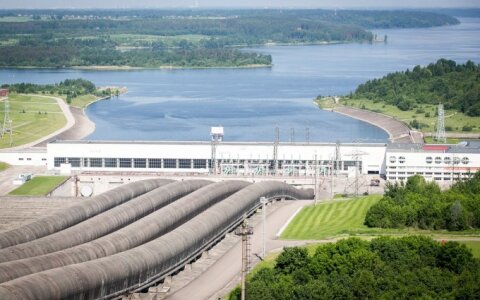 Lithuania has secured 10 million euros in EU funding for preparatory work for a new submarine cable to Poland, named Harmony Link, and around 5 million euros for another two energy projects, the Energy Ministry said on Friday.

EU member states approved on Wednesday the European Commission's proposal to provide a total of 556 million euros in funds under the Connecting Europe Facility (CEF) for projects on the list of projects of common interest, it said.

Only eight projects, six in genericity and two in natural gas, were selected for CEF funding. Lithuania is the only country to receive funding for all of the applications it submitted. The country applied for support for three projects.

Energy Minister Zygimantas Vaiciunas says the EU funding will help to rapidly move forward with the Harmony Link project, a key element of the Baltic power grids' synchronization with the Continental European system.

"At the same time, this reaffirms the continued consistent support of the European Commission and EU member countries for our efforts to become part of a secure and reliable European electricity system," he said in a press release.

Lithuania was also allocated 250,000 euros in CEF funding for studies on a capacity increase at the Kruonis Pumped Storage Hydro Power Plant.

Another 4.88 million euros was approved for enhancing the Lithuanian-Latvian natural gas interconnection.

The gas transmission capacity between Lithuania and Latvia is planned to be increased to facilitate market access to the Klaipeda LNG terminal, Latvia's Incukalns underground gas storage facility and, starting in 2022, the planned Gas Interconnector Poland-Lithuania (GIPL).