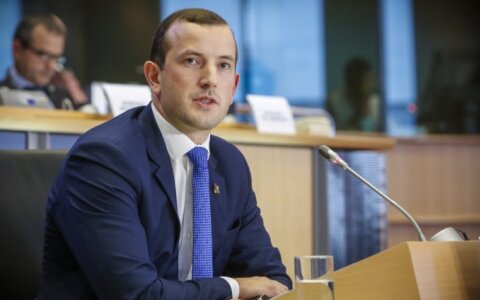 If approved, he will become the youngest ever European commissioner.

At Thursday's confirmation hearing at the European Parliament (EP), Sinkevicius said "it's a great honor to be here as the first commissioner-designate born after the fall of the Berlin wall.

"It's a sign of trust in my generation, a generation with the European idea in its DNA. To me, Europe means freedom, fairness and openness and opportunities," the candidate said in English in his introductory statement.

Young people around the world have taken to the streets in recent months to demand politicians and business to take more decisive action to tackle climate change. The

The global movement against climate change, Fridays for Future, was inspired by Greta Thunberg, a teenager from Sweden.

EC President-elect Ursula von der Leyen has proposed Sinkevicius for environment and oceans commissioner, but he needs MEPs' approval to be given the job.

The hearing in Brussels began on Thursday afternoon and should last up to three hours. Sinkevicius is to answer up to 25 questions falling within the sphere of his portfolio.

The hearing is organized by the Environment, Public Health and Food Safety Committee, and the Fisheries Committee. Sinkevicius has already provided answers to written questions from the committees.

After the hearing, a meeting will be held to evaluate the candidate's performance. The committees may request additional information through further written questions. If they are still not satisfied, a second, shorter hearing may be held.

The EP is scheduled to vote on the full Commission in a plenary session in Strasbourg on September 23.