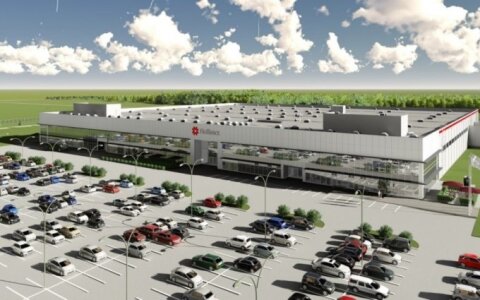 US medical equipment manufacturer Hollister, which is opening its new factory in Kaunas on Wednesday, says the 50-million-euro investment could be only the first stage of its expansion in Lithuania, the business daily Verslo Zinios reported on Tuesday.

Hollister Incorporated President George Maliekel said that if the production of ostomy care and other products is successful, the company may exploit opportunities beyond manufacturing in the future.

He also hinted that Lithuanian employees may have an opportunity to acquire shares in the company in the future.

Construction on Hollister's production facility in the Kaunas Free Economic Zone began in November 2017. The US company plans to employ 500 people at the factory.