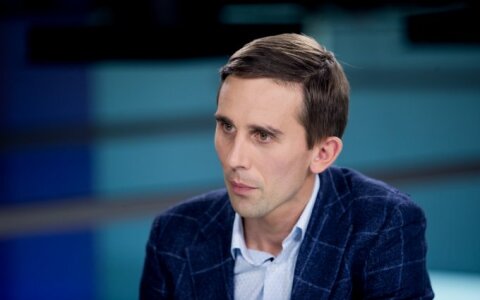 September's increase in Lithuanian consumer prices is a normal phenomenon driven by seasonal factors, SEB Lithuania's economist said on Friday, commenting on the statistical office's estimate that the monthly index rose by 0.9 percent after three consecutive months of negative inflation.

"Everything looks normal, because seasonality has an effect in September," Tadas Povilauskas told BNS.

"Clothing and footwear prices rise due to new collections. It is a fact that prices for food and non-alcoholic drinks were to go up, because the supply of certain seasonal summer goods is running low, driving these prices higher," he said.

Historical data show that inflation rises almost every September, the economy said, noting that the monthly index reached 1.4 percent a year ago.

"Historically normal inflation (in September) is about 0.8 percent. We had a one-off rise last year, because the drought arrived later and the increase in food product prices occurred somewhat later, too, lasting into September," he said.

The annual inflation rate eased to 2 percent in September, from 2.5 percent in August, based on the preliminary figures.

According to Povilauskas, this shows that price growth in Lithuania has slowed down.

"Given the continuing wage growth, this rise in inflation is certainly not high," he said.

In their Nordic Outlook report released in August, SEB economists predicted that annual inflation in Lithuania will reach 2.4 percent this year, but Povilauskas says the forecast may be revised downwards.