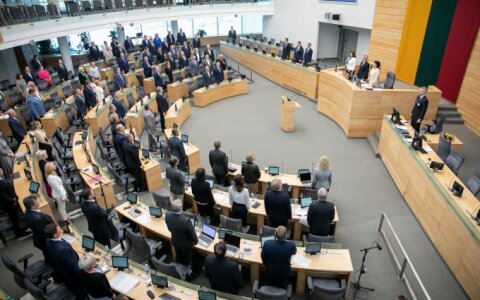 Three new members of the Seimas were sworn in in the parliament on Thursday following last Sunday's by-election in three single-member constituencies.

Paule Kuzmickiene of the conservative Homeland Union–Lithuanian Christian Democrats won the by-election in the capital's Zirmunai constituency and Rasa Petrauskiene, the other conservative, was elected in Gargzdai, in western Lithuania.

Social Democrat Liudas Jonaitis scored victory in the Ziemgala constituency covering the northern districts of Pakruojis and Joniskis and a part of Siauliai District.

The by-election was held just over a year before the next general election scheduled for October 2020 after three MPs elected in these constituencies won seats in the European Parliament.