Lithuania plans to hold talks with Peru on prisoner transfer 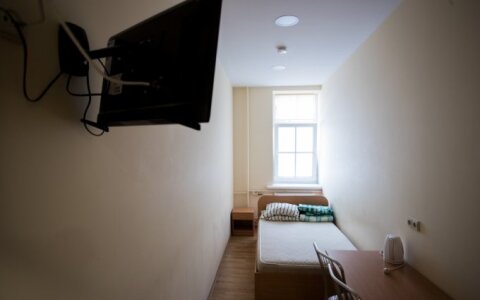 Lithuania plans to hold talks with the Peruvian government on the extradition of Lithuanians imprisoned in the South American country to allow them serve their sentences in their homeland.

"Every Lithuanian citizen is important to us. That is why we try to negotiate and cooperate with as many countries as possible on an exchange of prisoners," Justice Minister Elvinas Jankevicius has told BNS.

According to the ministry, around 30 Lithuanian citizens are currently serving jail sentences in Peru and two of them have this year asked to be transferred to a Lithuanian prison.

Last Wednesday, the Cabinet backed the Justice Ministry's move to authorize Deputy Justice Minister Irma Gudziunaite to negotiate a transfer of these prisoners.

The government resolution is yet to be approved by President Gitanas Nauseda.

The Justice Ministry has told BNS that Lithuania already has similar agreements with Belarus, Russia, Azerbaijan, Kazakhstan, Norway, Poland and Brazil. The latter agreement has not taken effect yet.

Sixty-nine convicts were transferred to Lithuania last year. In recent years, most of Lithuanian prisoners have been transferred from Germany, Norway and the United Kingdom.

Last year, Lithuania handed over seven convicts to Latvia and one to Azerbaijan.

A total of 127 foreign nationals are currently held in Lithuanian prisons, including 45 detainees and 82 convicts. The majority of them are Russian, Belarusian, Latvian and Ukrainian citizens.

Lithuania plans to hold talks with Peru on prisoner transfer