Lithuanians can afford to buy more expensive car via lease-purchase 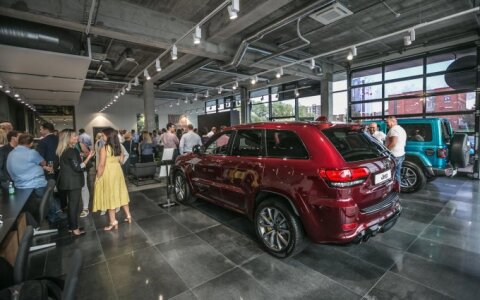 An average-income person in Lithuania could purchase a car worth 12,200 euros through a lease-to-purchase arrangement this year, 1,300 euros more expensive than last year, according to a survey by SEB.

According to Povilauskas, Lithuania's car affordability index this year surpassed that of Latvia, where an average earner can afford to buy a car worth 11,900 through leasing.

"The reason for this is that Lithuania's average net wage is higher than that in Latvia this year. This is thanks to (Lithuania's) tax reform," the economist said at a news conference on Wednesday.

However, Lithuania's index is still well below that of Estonia as the average wage gap between the two countries remains high, he noted.

An average earner in Estonia can afford to buy a car worth 17,400 euros, according to the survey.

Year-on-year, the average affordable car value rose by 12 percent in Lithuania, by 7 percent in Latvia and by 6 percent in Estonia.

Lithuanians can afford to buy more expensive car via lease-purchase