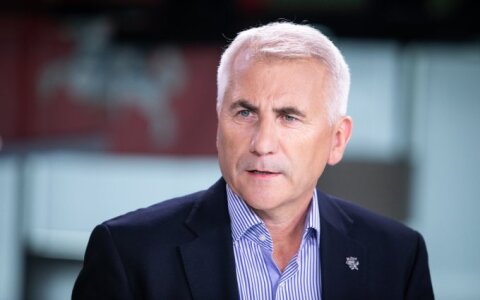 Usackas confirmed to Vz.lt. that he was leaving politics and turning to business.

ASG provides services to the aviation industry in 66 countries, according to the site.

Usackas started his diplomatic career in 1991 and held the post of Lithuania's foreign minister between 2008 and 2010. He has in the past served as the country's ambassador to the United States and Britain and has headed the EU's diplomatic missions to Afghanistan and Russia.

The long-time diplomat ran in the primaries of the conservative Homeland Union–Lithuanian Christian Democrats for the 2019 presidential election, but lost to Ingrida Simonyte.