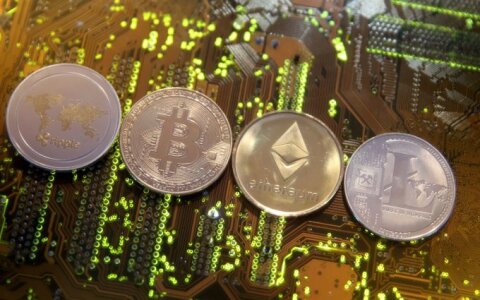 Facebook's plans to issue its cryptocurrency, the Libra, as well as plans by other companies on the so-called stable coins cryptocurriencies, which would be pegged to stable assets, are now sparking major discussions and raising questions, Lithuanian Finance Minister Vilius Sapoka says.

Currently attending the OECD Global Blockchain Policy Forum 2019 in Paris, the minister told BNS Lithuania a common global solution is needed on the Libra and other stable coins cryptocurrencies.

"Facebook has already voiced its intention on the so-called stable coins, as well as several other technology companies, as well as a number of central banks. Of course, it’s in the early stage yet but due to the absence of answers to the arising questions, one can hardly say yet what the final decision will be, whether to allow it or not, and if so, how to control it," Sapoka told BNS by phone from Paris.

Sapoka agrees that France's concern over the Libra is founded as Facebook might become a global financial player overnight after completing its project.

"The discussion on various formats of stable coins is very intense but a lot of questions remain unanswered, including the one how it will affect the global monetary system, financial stability, competition in this area. We have a growing number of question marks on data protection as well. And only after these questions are answered, we will find, I'd say, a global solution," Sapoka said.

In his words, the existing regulation of global financial markets is fragmented, therefore, decisions by the European Unions and the Central European Bank only in the area would really not be sufficient.

"Despite the ECB having a wide discretionary power in the euro zone, its decisions have no power in the United States or other jurisdictions. But I think those discussions will really heat up within the OECD and the G-20 format. I do believe a global solution will be found on the regulation of stable coins, taking into account their potential impact which might be really significant. We will need a really global and weighted solution," the Lithuanian finance minister said.

Facebook announced its plans on the Libra cryptocurrency in June and said the digital currency would be pegged to a currency basket to about major price fluctuations that have affected other cryptocurriencies, like the Bitcoin. Facebook plans to implement the project as early as the first half of 2020.

However, representatives of global central banks, politicians and regulatory authorities are concern over the private digital currency scheme. The economy ministers from G7 countries warned in July such projects might pose serious regulatory and systemic problems, as well as wide-ranging political problems.