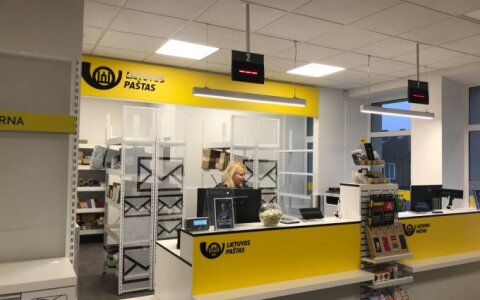 The Lithuanian government on Wednesday ordered only the state-run postal company Lietuvos Pastas (Lithuanian Post) to deliver pensions by the end of 2026, despite objections from the Competition Council.

Currently, pensions are home-delivered to part of pensioners in Lithuania not by staff of Lietuvos Pastas but by 5 companies that won tenders called by the social insurance fund SoDra. They will deliver pensions in 2019-2021, therefore, the Ministry of Social Security and Labor proposes that Lietuvos pastas takes over once the contracts expire.

"The law states that until the contracts signed with the providers of these services expire, pensions will be delivered based on these contracts," Social Security and Labor Minister Linas Kukuraitis told a Cabinet meeting on Wednesday.

Dina Lurje, a deputy chair of the Competition Council and its council member, had called on the government to rejects the proposals as they would restrict competition in a market which had started opening up. But she failed to secure backing from the government.

Some 200,000 pensioners in Lithuania have their pensions home-delivered, and SoDra received around 7.5 million eutros for that from the state budget last year.