Deconstructing Russian propaganda: is it really so bad in Baltics? 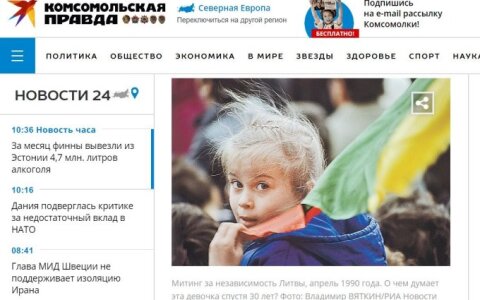 What is this girl thinking after 30 years? This was the question asked in the Russian newspaper "Komsomolskaja Pravda" together with a published photo of a girl in 1990 April during the protest for Lithuanian independence. Both the Baltic Way and independence of Baltic countries still irritate Kremlin that continues to create myths and spread sarcasm about Lithuania, Latvia, and Estonia.

As „Komsomolskaja Pravda" journalist Alexander Grishin writes in his article, soon there will be no one to enjoy freedom because the populations are shrinking, poverty is flourishing and workers are leaving countries to work somewhere else in the European Union.

The Russian journalist tries to prove his statements by three main criteria: level of income, demographic crisis, and government debt.

Myth 1. While Russia is flourishing ex-Soviet Union countries are suffering from poverty

Related articles
National holidays – bait for internet trolls
Russia may well use its usual means against Lithuania: another warning

In his article, the journalist provides a statistic table with average salaries in Baltic, some other ex-Soviet countries and Russia.

More correct numbers were given of average salaries in Moldova, Sakartvelo, Belarus, and Russia but some flaws can be found here as well. 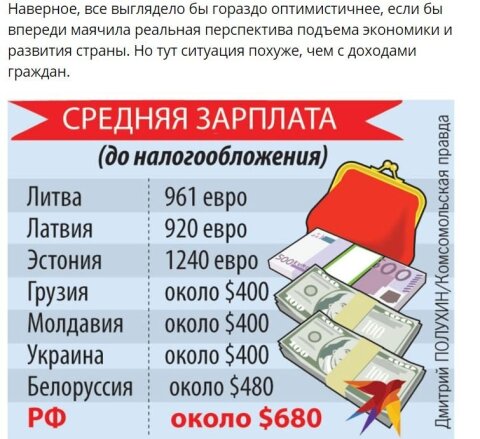 In the article, the journalist claimed that Ukraine had done a mistake by choosing the Western path and now Ukrainians were jealous of how the citizens of Belarus live now. Meanwhile, data in the table shows that average salaries in Belarus are just 388 euros. 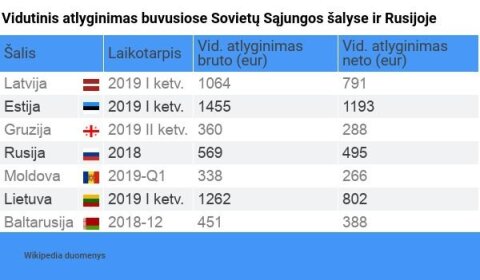 A. Grishin also forgot to mention some information while describing poverty in Baltic countries. Although the journalist was right saying that the level of poverty was higher than 20 percent in all Baltic countries (in 2017, Lithuania - 29,6 percent, Latvia - 28,2 percent, Estonia - 23,4 percent) he did not say a word about poverty in Russia. According to Rosstat in 2019 January-March the level of poverty in Russia reached 14,3 percent or 20,9 mln citizens. In the same period in 2018 this number was lower - 13,9 percent or 20,4 mln people. Also, surveys show that one-third of families in Russia cannot afford to buy two pairs of shoes for a family member in a year. 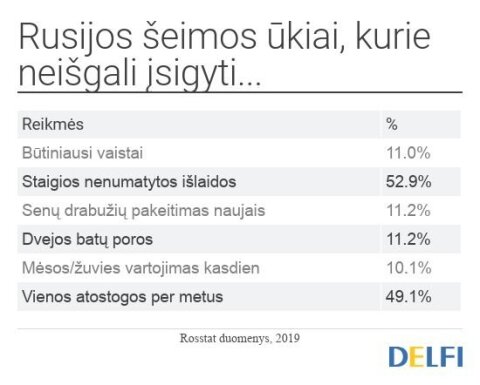 Despite the official statistics, the Russian government is denying that poverty grows in the country.

After analyzing the data of Rosstat, the leader of the Laboratory of Social research Yelena Grishina publicly commented that she did not think that official data was correct. According to her, the real number of people living below the poverty line might be 36 mln or 24,8-25,2 percent of the Russian population.

To show how allegedly terrible situation is in Baltic countries A. Grishin talked about another widely discussed topic - demographic situation and emigration. The journalist published a table with data that also raises many questions.

The author claims that "the population of Baltic countries is shrinking so fast that people in Baltics are candidates to extinct". Although the challenges of emigration are still important for the Baltic region, the statistics show that emigration is slowing down and more people are re-emigrating back to their homelands. 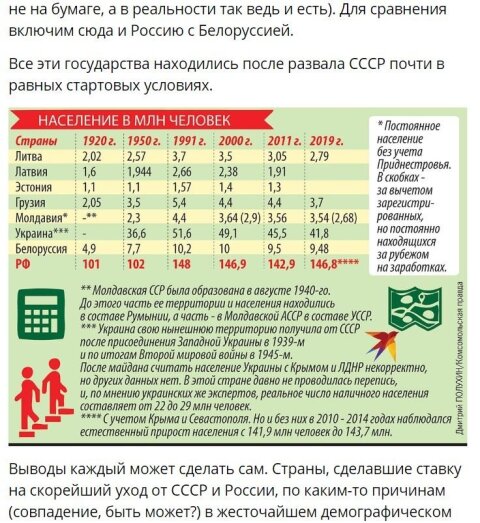 In 2019 June, Lithuania had the fourth month in a row with a positive migration results. Because of negative migration, last year Lithuania lost 3 300 citizens. Nevertheless, it was the best result since joining the European Union in 2004.

Furthermore, A. Grishin compares statistical data that is not correct to compare. For example, in one table he put the data of emigration in the EU countries where the freedom of movement is in place and Russia with Belarus. In these two countries, freedom of movement for labor force is much more difficult.

Myth No 3. Economies of countries were flourishing during Soviet times while now they are stuck in debts

The third argument used by the journalist is the economic situation in Baltics. He wanted to prove that in 30 years of independence Baltic countries have not achieved anything. Moreover, for this, he tried to analyze government debt in Baltics.

Again the journalist forgot to mention which year data he was using for his argumentation. Moreover, numbers in the table and official statistics differ. 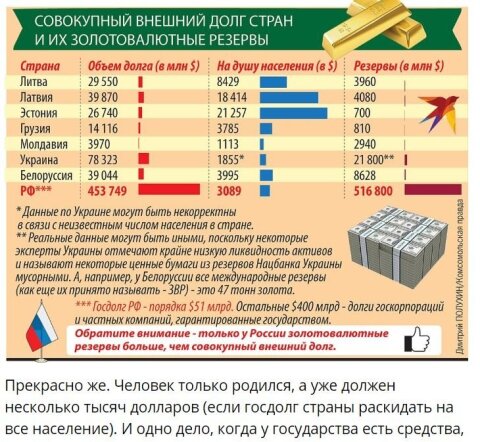 "Do not forget that after the collapse of the Soviet Union all countries except Russia did not inherit public dept. Therefore, it was Russia that had to pay them all", wrote A. Grishin.

In the table, the author shows the general public debt, the public debt per capita, and public reserve. Nevertheless, analyzing this data he forgot to mention the debt-to-GDP ratio in countries. That would be vital for comparison.

Taking into account debt-to-GDP, it is visible that the lowest debt to GDP is in Estonia (8,12 percent) and then Russia (19,48 percent).

Deconstructing Russian propaganda: is it really so bad in Baltics?