Transport minister to go to Poland to discuss transport projects 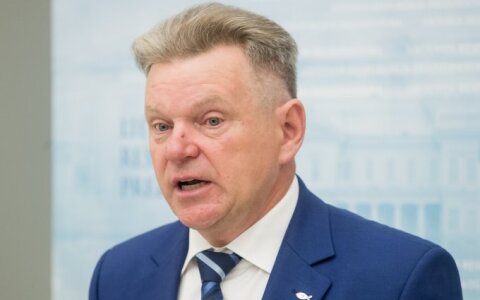 According to the Ministry of Transport and Communications, during a discussion on infrastructure projects as part of the Three Seas Initiative, Narkevic will speak about the importance of the north-south transport corridor, long-term solutions and the need for EU funding for these transport corridors' projects Rail Baltica and Via Carpatia.

On Wednesday, Narkevic will be joined by Energy Minister Zygimantas Vaiciunas.

Held in early September every year, the Krynica Economic Forum is the largest conference of such type in Central and Eastern Europe.

Transport minister to go to Poland to discuss transport projects