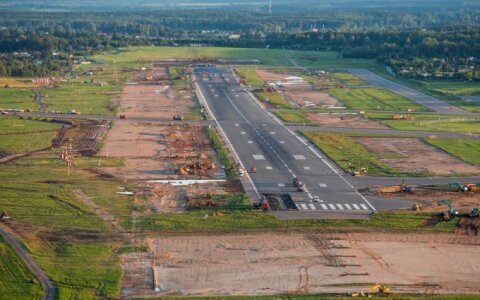 Vilnius Airport plans to expand its taxiing runways, which will allow planes to avoid complex maneuvers and cut taxiing time, the Ministry of Transport of Communications says.

Vilnius Airport now has one take-off-landing runway and five taxiing runways. The former was reconstructed in the summer of 2017 for 19 million euros.

Moreover, the airport plans to renovate its northern plane platform at a cost of 17.3 million euros, with work set to start in the second half of next year and is expected to be completed by the end of 2021.

Vilnius Airport will also build a new VIP terminal and a convention center for 3.6 million euros, with Eika Statyba already picked as the main contractor.