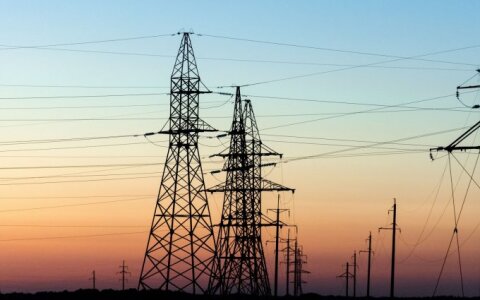 A comprehensive action plan for the planned synchronization of Lithuania's electricity system with that of Continental Europe has been submitted to the Cabinet for discussion, the Energy Ministry said on Thursday.

The move is aimed at ensuring a further smooth process of the Baltic power grids' synchronization with the European system.

"We are working fast on major synchronization infrastructure projects envisaged in the agreement signed by Lithuania, Latvia, Estonia, Poland and the European Commission on the synchronization of the Baltic countries with the Continental European grid," Energy Minister Zygimantas Vaiciunas said in a press release.

"At the same time, the action plan also covers projects for reinforcing our electricity system," he added.

In June, the Seimas adopted a law on synchronization that calls for working out a plan of actions and measures that will serve as a basis for the implementation of the synchronization project.

The plan gives a list of projects and sets deadlines for carrying them out to prepare Lithuania's power transmission grid infrastructure for synchronous operation with Continental Europe by 2025.

According to the ministry, this will ensure an effective and consistent implementation of the project within the established timeframes.

The plan includes all the necessary technical and organizational solutions provided for in a set of technical synchronization requirements that was approved by the European Network of Transmission System Operators (ENTSO-E) in May.

The legal and technical conditions for the desynchronization from the post-Soviet IPS/UPS system will need to be put in place to ensure a smooth process.

In early August, the Cabinet endorsed a list of 14 projects that are necessary for the synchronization and has initiated planning procedures for several of these projects.