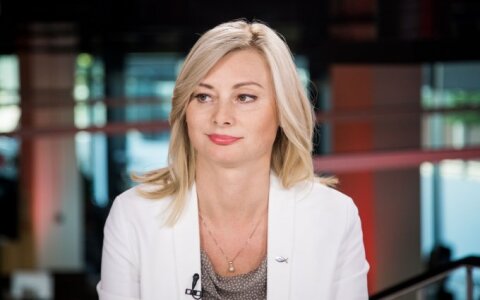 Lithuania's new Interior Minister Rita Tamasuniene says firefighters and border guards will be a priority when raising wages next year, adding that the move will be aimed at closing the pay gap among statutory services.

"(…) To level out the existing pay imbalances among statutory services, major attention will be paid to officers from the Fire and Rescue Department and firefighters' teams at the municipal level, as well as officers from the State Border Guard Service. They earn the least," the minister said in an interview with BNS Lithuania on Thursday.

Representing the Electoral Action of Poles in Lithuania – Christian Families Alliance, Tamasuniene also expressed her doubts over possibilities to implement the goal to ensure that police officers earn at least 1,000 per month next year.

"Top-level officers already earn way above 1,000 euros. This pledge, we can say, has already been implemented, but that depends on how you look at it. One can take a lowest-earner and there is no 1,000 euros there," Tamasuniene said.

The minister also said she's considering the possibility to restrict the posting of workers from third countries to Lithuania to make sure that workers are officially employed in Lithuania and pay taxes here.