Lithuanian businessman's journey to try most dangerous cup of coffee in world: no hope seen in this country 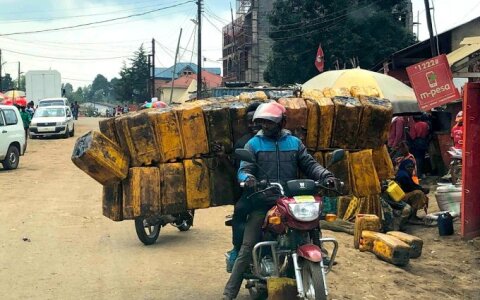 Huge poverty, despair, the threat of dangerous terrorist groups, a bunch of deadly diseases, flourishing corruption. This is how coffee expert Vytautas Kratulis describes the country that he visited to taste its coffee. The Lithuanian adds that behind all these threats he just mentioned the country have undiscovered coffee farming opportunities.

During this year V. Kratulis visited Africa several times. The businessmen already explored Kenya, Ethiopia, and Burundi. However, probably from all these trips, five days in the Congo Democratic Republic (DR Congo) will leave most memories for a long time.

"The most dangerous coffee cup in the world". This is how "Wall Street Journal" called its article about coffee experts that head to DR Congo to taste and evaluate local coffee that had not found its place in the world yet. This year one of these coffee tasters was Lithuanian businessman V. Kratulis.

"16 coffee experts were invited to come to DR Congo to judge the quality of local coffee but just 3 came. I do not know why, maybe some got scared or maybe some thought it did not have enough meaning", after his visit in DR Congo spoke V. Kratulis.

"DR Congo has very good lands for growing coffee: proper latitudes, good quality of the soil. Despite that, to export coffee you need proper infrastructure and this field is still very scarce in the country", he added.

The Lithuanian journey to DR Congo took around 30 hours: "I could not reach coffee plantations via the capital Kinshasa because I was told that I would be left ‘naked' there and will need to pay a lot of bribes. Therefore, I reach Kivu lake crossing Rwanda border". 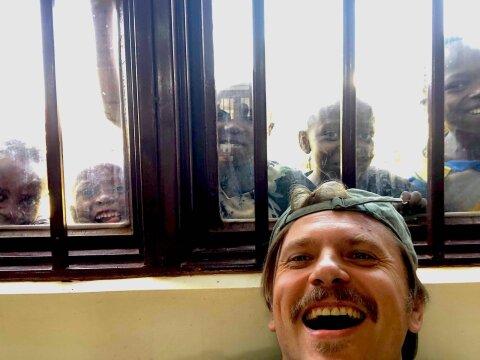 To reach the coffee plantations in DR Congo was not an easy task for the Lithuanian man. As he said, only a few minutes to flight he finally managed to get his visa.

"I was flying to an unknown place where anything can happen", admitted V. Kratulis.

As soon as he reached Rwanda the coffee expert headed to Bukavu near the Kivu lake which belongs partly to DR Congo and Rwanda.

"I met one girl from Kenya that now lives in DR Congo and she was convincing me that there is nothing dangerous in the country. But I believe she feels like that because she is from Africa. I felt that a white person was already seen by everyone from a kilometer away", the man said.

As V. Kratulis explained he felt despair in the country. Even if DR Congo is rich in diamonds, gold and coffee there is not much happy and satisfied faces on streets.

"People look very angry. If you try to take pictures of them it looks like they want to give you a bill for that. The traffic is very slow but not only because of the traffic jams but also because of the condition of roads. Furthermore, you can be stopped on a road by anyone and then you do not know how everything can finish", how he felt in CDR described V. Kratulis.

Better malaria than a boring life

All this trip in DR Congo V. Kratulis stayed with other Western people. He did not dare to go to the street alone. Even with colleagues, he would consider if it is worth walking on foot to some places to eat. In most cases, a taxi was seen as a better choice.

"Of course there are many poor countries where the situation is not so good but here there are also plenty of terrorist organizations", noted the Lithuanian businessman.

Moreover, threats lie also in nature. Malaria, Ebola virus just too severe diseases that can be caught in DR Congo.

"We were in the region that is quite isolated from the rest of the country. We were joking that Chinese could come here to build roads but at the same time isolation keeps epidemic diseases away", explained the man. 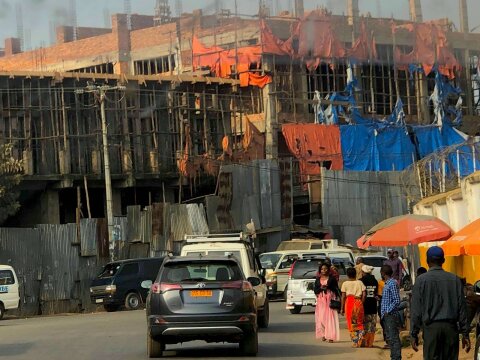 Nevertheless, there is also the downside of being in a remote and isolated area.

"All traffic here is via Rwanda. If I lost my passport I would not be able to reach the capital Kinshasa so easy. In this case, I would have to travel to Rwanda but to get there without a passport is impossible. I would have stayed here forever", joked the coffee expert.

As mentioned before, V. Kratulis stayed close to the Kivu lake. And where is water, there are plenty of mosquitoes. And with mosquitoes comes malaria.

"I met one Spanish woman there. She works in a local institute with different projects. She said that she got malaria every other month but still she stays there. She hates European city life and boring", continued the Lithuanian.

Someone tried to snatch a phone

The main impression about DR Congo for V. Kratulis was huge poverty and sadness in local people eyes. He said he had seen a lot of angry looks and despair in peoples faces.

"My colleague managed to film how a local man tried to grab his phone while he was filming through a bus window", added the coffee expert. 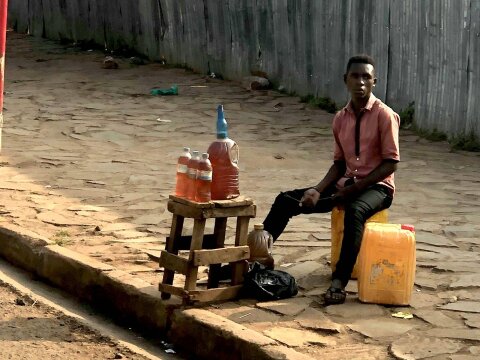 His eye also traced a lot of people on streets with various illnesses or physical impairment. The economic inequality was also very vivid in the country. While some locals were crushing stones on the street to get 100 dollars for a truck of stone rubble, others live in luxurious houses with pools and high secured fence.

As V. Kratulis notices most local average people live from selling different goods in markets, small shops or sitting in the street.

DR Congo has around 81 million people. The average salary in the country is around 350 euros per year.

Lithuanian businessman's journey to try most dangerous cup of coffee in world: no hope seen in this country