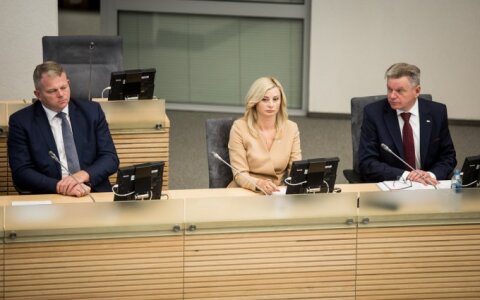 Three new ministers were sworn in in the Lithuanian Seimas on Tuesday, with new ministers of interior, agriculture and transport appointed following the government overhaul.

Tamasuniene and Narkevic represent the Electoral Action of Poles in Lithuania – Christian Families Alliance, and Palionis is a representative of the Social Democratic Labor Party of Lithuania

The Lithuanian Cabinet has been overhauled in line with a coalition agreement signed by the Lithuanian Farmers and Greens Union, the Social Democratic Labor Party of Lithuania, the Order and Justice party and the EAPL-CFA in early July.

Earlier in the day, the Lithuanian parliament voted to give a renewed mandate to Prime Minister Saulius Skvernelis' reshuffled Cabinet. The motion was passed in a vote of 75 to 27 with nine abstentions.