Nominee for European commissioner will be presented in parliament 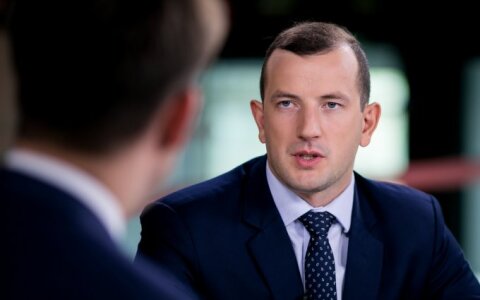 Lithuanian Economy and Innovation Minister Virginijus Sinkevicius will be presented to the Seimas on Tuesday for nomination as the country's next European commissioner.

Sinkevicius' nomination has already been approved by the government and President Gitanas Nauseda and is yet to be endorsed by the national parliament and the European Parliament.

The Seimas is expected to vote on his candidature on Thursday.

The 28-year-old member of the ruling Lithuanian Farmers and Greens Union has served as economy and innovation minister since 2017.

Related articles
Transport Minister sees no chance for Vaitkus to lead any state enterprise
Karbauskis: there's no other minister with so many problems

Sinkevicius has also previously worked at the Washington-based Center for European Policy Analysis and has done a traineeship at the Lithuanian embassy to the United States.

Nominee for European commissioner will be presented in parliament