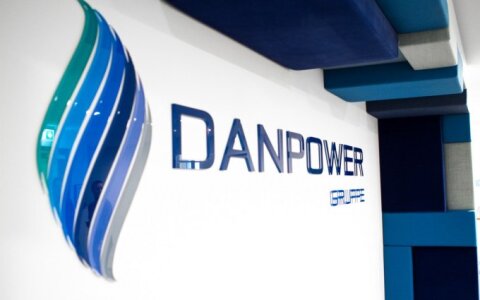 The transaction of 90 percent of shares will be completed subject to the conclusions of the government commission over Idex's compliance with national security interests, Idex said in a statement.

"We hope our experience of more than 50 years in the areas of heating and innovative energy will let us, together with partners, not only effectively implement the ongoing projects but also invest into new ones," Idex President Thierry Franck de Preaumont said in the statement.

In his words, the transaction is important for Idex as it seeks to become on the major players in the renewable energy market, providing green energy production and related services.

Meanwhile, Danpower CFO Burkhard Vogel said in the statement the decision to sell the business in Lithuania was determined by changes in Danpower's main shareholder Enercity's business development strategy.

Over the five years of its activity, Danpower has invested around 100 million euros in Lithuania. The company operates 6 biofuel boiler-houses and a cogeneration plant in Vilnius, Kaunas and Joniskis.

Operated by Hanover's municipal enterprise Enercity, Danpower sold all of its 50 percent of Danpower Baltic, and Idex bought another 40 percent from the Geco Investicijos investment group which will have 10 percent after the transactions are completed.

A year ago, Danpower Baltic Under was granted permission to produce electricity in Lithuania's second-largest city of Kaunas for a higher feed-in rate under the amicable agreement between Danpower and the Energy Ministry, signed in May 2018.

Under the deal, all consumers in Lithuania will pay Danpower around 18-25 million euros over the next 12 years.