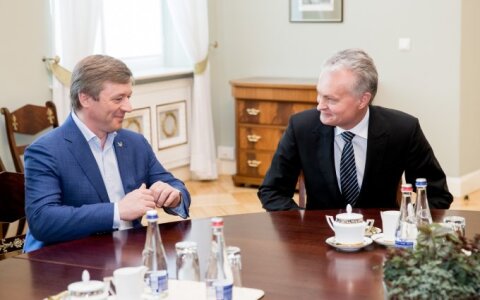 Ramunas Karbauskis, leader of the Lithuanian Farmers and Greens Union, the biggest parliamentary party, praised on Monday the new president, Gitanas Nauseda, for his openness to dialog.

According to Karbauskis, there were no such ties with the president's office under Dalia Grybauskaite.

"Had there been (such dialogue) for those two years and a half, we'd have had much more results of benefit to Lithuanian society," he said. "(Nauseda) does hear (and) discusses (issues); the dialog is very open and, I'd say, very unusual for us as far as the president's office is concerned."

The new president sent four bills back to the parliament during his first month in office.

Povilas Maciulis, a presidential advisor, has told reporters that Nauseda had no opportunity to express his opinion about the bills at the deliberation stage, hence the large number of vetoes.