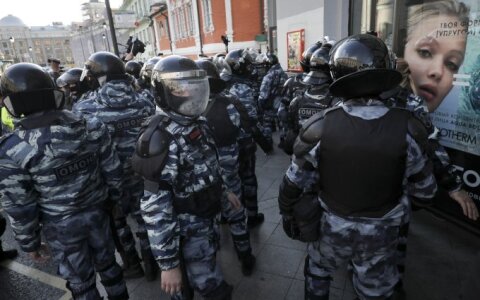 A gathering was held in the Cathedral Square in Vilnius on Saturday in support of Russian opposition supporters who have been holding protests in Moscow, demanding free and fair election and permission for independent candidates to stand for election, the Lithuanian public broadcaster LRT reported on Saturday.

The action was organized by Rusu Europos Judejimas (the Movement of Russians' Europe).

It was attended by several political refugees and representatives of banned organizations who came from Russia, as well as Vilnius residents, who demanded the release of political prisoners.

Ylya Novikov, a member of the Open Russia movement, said he came to support Moscow residents who turned to the streets to defend democracy and fair elections.

Poet, translator and playwright Georgij Jefremov said that "the Sajudis (Lithuania's independence movement) should be repeated in Russia“.