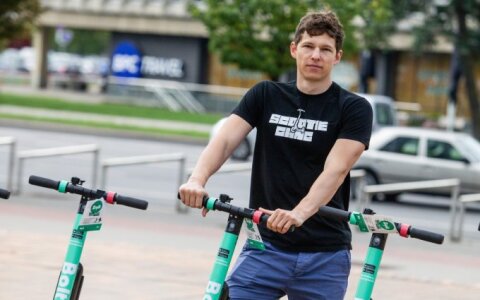 The company said in a statement it decided to bring the service to Kaunas after the same service in Vilnius exceeded expectations.

"The scooter-sharing platform in Vilnius has exceeded all our expectations. On the first day of operation in Vilnius already, we received clients' questions on when the service will be launched in Kaunas," Andrius Pacevicius, head of Bolt Lithuania, was quoted as saying in the statement.

Bolt is the only scooter-sharing platform in Kaunas. The company had planned to launch it in Kaunas in 2020.

The Kaunas platform launched with 100 scooters. The company plans to monitor customers' needs and will adapt accordingly.

Bolt launched the service in Vilnius in late July, becoming the second platform in the Lithuanian capital after City Bee.