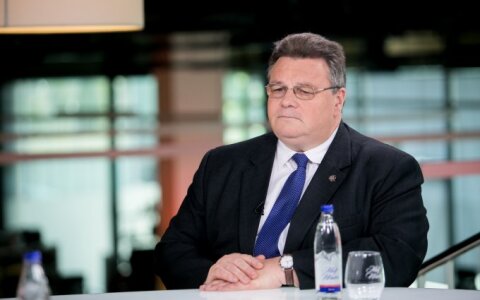 "Together with NATO Allies, we regret that Russia didn't use given term to return to full and verifiable compliance with INFTreaty. Russia bears full responsibility for the demise of the Treaty. NATO will continue strengthening its deterrence and defense ensuring the security of all Allies," the minister tweeted on Friday.

The US has been complaining for many years over Russia's 9M729 systems and said in February it would withdraw from the INF Treaty if those systems were not destroyed.

Washington confirmed its formal withdrawal on Friday, with Russia accusing the United States of the treaty's collapse.

Experts say Russia-produced intermediate-range weapons pose no new direct threat to Lithuania as Russia is capable of reaching the country with short-range missiles.