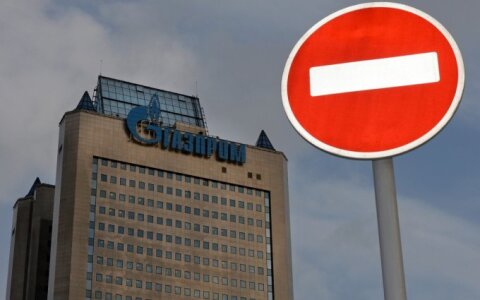 Lithuania has turned to the Supreme Court of Sweden, appealing against Sweden's Court of Appeals' decision to uphold the Stockholm arbitration's 2016 ruling, unfavorable to Lithuania, in the country's dispute with Russian gas giant Gazprom.

Lithuania is trying all means to recoup around 1.4 billion euros from the Russian company as this is the amount Lithuanian consumers overpaid for natural gas, and also have the court ruling on covering Gazprom's legal costs of 1.3 billion euros overturned, Lithuania's Ministry of Energy said on Thursday.

The Swedish court's decision on whether Lithuania's request will be accepted is due by the end of this year.

In early July, the Swedish Court of Appeal upheld the Stockholm arbitration's 2016 ruling, unfavorable to Lithuania. The Lithuanian government had hoped for a total or partial annulment of the arbitral award, which cost Lithuania 9 million euros.

Following a four-year legal battle, the arbitration tribunal ruled in June 2016 that Gazprom had a conflict of interest in acting as both a shareholder of Lietuvos Dujos (Lithuanian Gas) and a supplier of gas to Lithuania, but it did not award the compensation of around 1.4 billion euros sought by Lithuania for gas supplied by Gazprom in 2004-2012.

The ruling was followed by three arbitration cases launched by Gazprom but Lithuania's interests were defended in each of them, the Energy Ministry said.