Prime Minister: several ministers to be replaced in Cabinet reshuffle 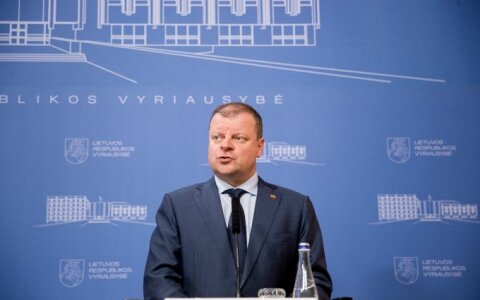 Lithuanian Prime Minister Saulius Skvernelis says more than one ministers will be replaced in the Cabinet's reshuffle, which follows the return of powers to the new president, Gitanas Nauseda.

That means that the parliament will have to vote not only on Skvernelis' reappointment as prime minister, but also on the government program.

The additional vote will be needed because more than half of members of the Skvernelis government will have changed since it received the mandate in 2016.

"I can say for sure that more than one minister is going to change," the prime minister told reporters on Wednesday.

"We appear to be headed for another vote on the unchanged government program in the Seimas," he added.

Prime Minister: several ministers to be replaced in Cabinet reshuffle