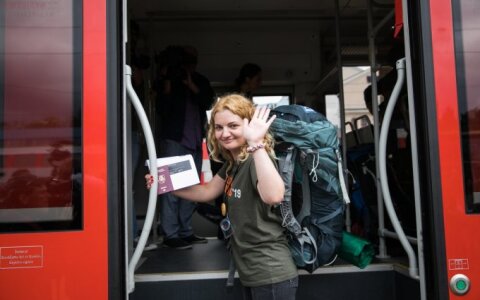 Participants of the annual Mission Siberia left for Kazakhstan from Vilnius Railway Station on Wednesday.

All in all, 16 participants will be seen off to the ten-day expedition.

They had planned to go to Russia but the country refused to issue visas for the second year in a row to the participants of the mission which is organized to tend graves of deportees and political prisoners. Just as last year, the mission will travel to Kazakhstan.

Mission Siberia participants will look for the graves of Lithuanians and will try to meet with Lithuanians still living there or their descendants, will visit derelict Soviet camps and leave memorial signs there.

Around 20,000 Lithuanian could have been imprisoned at the Karlag Gulag labor camp. Around 5,000 Lithuanians still live in Kazakhstan.

Around 130,000 people were deported from Lithuania in 1940–1953 after the Soviets occupied the Baltic country.

Some 280,000 people were deported from Lithuania during the Soviet occupation.