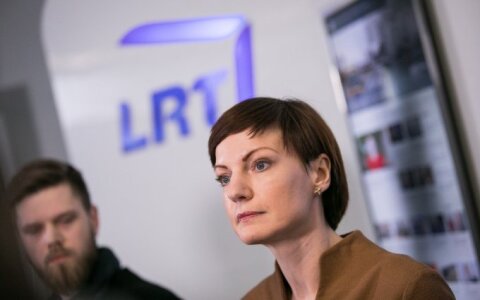 Lithuanian lawmakers decided on Tuesday not to consider a proposal to ban all advertising on the national radio and television (LRT) and its news website.

32 lawmakers voted for the inclusion of the amendment to the Law on the National Radio and Television, drafted by three members of the Lithuanian Farmers and Greens Union, to the parliament agenda, 16 were against and 26 abstained.

The parliament cannot consider a bill which is not on the Seimas agenda.

Under the proposal amendment drafted by Arvydas Nekrosius, Valius Azuolas and Agne Sirinksiene, any type of advertising or broadcasting of public information for remuneration on the LRT television or radio and its website would be banned. The exception would only apply to international contractual commitments during thee broadcasting of events significant for the public.

Under the existing LRT law, advertising is banned on the public broadcaster, is allowed to disseminate cultural, social or educational information for money or any other type of remuneration.