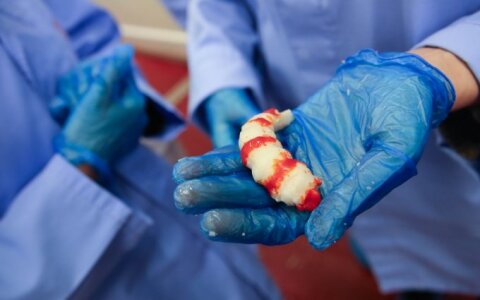 The group hopes the new company will step up the expansion of its stock and will allow doubling sales, the group said.

"It's already the 20th country we have established a sales company in. The strategy to be an internal layers serves its purpose both in the east and in the west, and it allows to establish closer ties with trade partners, to adapt to the pace of a specific market and effectively introduce products meeting the needs of local consumers," Sarunas Matijosaitis, head of Viciunu Grupe, said in a statement.

In his words, the company now has a large share of the surimi market but a small share of other frozen and chilled fish products. And the Tbilisi company should consolidate the positions of the latter products.

The Lithuanian company exports to Georgia since 2007. Vichiunai Sakartvelo is the group's 21st own sales company abroad. It also has sales companies in Belarus, Russia, Ukraine, Kazakhstan and Kyrgyzstan.