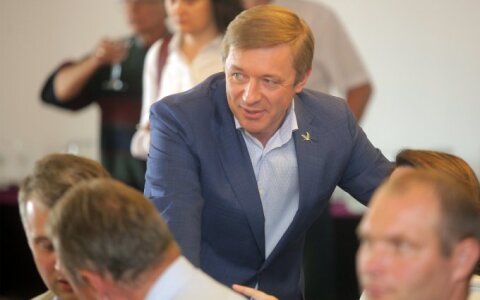 Ramunas Karbauskis, leader of the Lithuanian Farmers and Greens Union (LFGU), won a confidence vote by his party's council on Monday evening.

In a secret ballot, the confidence motion was passed with 65 votes in favor, 11 against, one abstention and one vote invalid, Dalia Venceviciene, Karbauskis' spokeswoman, said.

Saulius Skvernelis, the LFGU's candidate, failed to make it to the runoff after coming third in the first round of May's presidential election.

Karbauskis had vowed to win all three elections and pledged to step down in case of failure.